Ever since I left the city, you, you, you
You and me, we just don't get along
You make me feel like I did you wrong
Going places where you don't belong - Drake, Hotline Bling


The next step of the journey was to visit the Flame of Love. It was housed in the rebuilt Empath Abbey in Yew. During the Guardian’s rule, there had been a lot of change that the monks had had to adapt to, with the destruction of the Keep, as well as the vines themselves. It wasn’t until the group of adventurers arrived that they learned how much events had affected the seemingly serene Brotherhood.

This time, the group consisted of Valonia, Tristan, Arthur, and Goldenflame. Their first stop was to attempt to speak with the Head Abbot Amoranth. The abbot, however, was… less than cordial. In fact, as soon as Valonia mentioned the Council, the abbot stymied and stonewalled any further questions.

Before leaving, the group visited the Flame, which spoke another word: ‘Amo’. And while they were there, another Brother asked them if they needed aid and directed them to Head Brother Brock, who might answer their questions. So it was that to the vineyards the group went.

Brock explained some events of the past, such as how they were able to restore the vines with some effort, using grafts and saved roots. The plants were almost a parallel of the monks themselves, having to transplant themselves and try once more to take root. It explained some of Amoranth’s demeanor, as he took the changes hard, challenging the group to have some understanding. 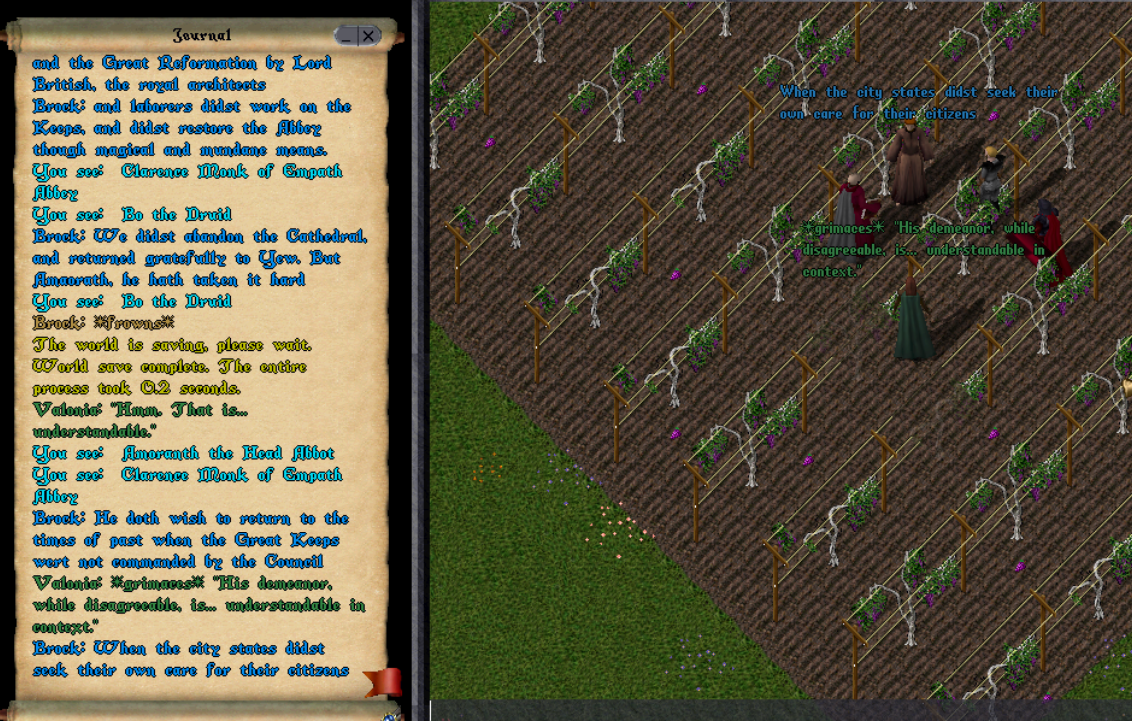 Apparently, Amoranth too was of the opinion that the Keeps should be separate entities, not beholden to the Council. Still, Brock assured the group that Empath Abbey would still help those in need, the Head Abbot’s demeanor aside.

With that ‘mystery’ solved, and the group (questionably) a little wiser, they then went to visit Lady Jaana, one of the Avatar’s Companions, to see if she had any wisdom to add. 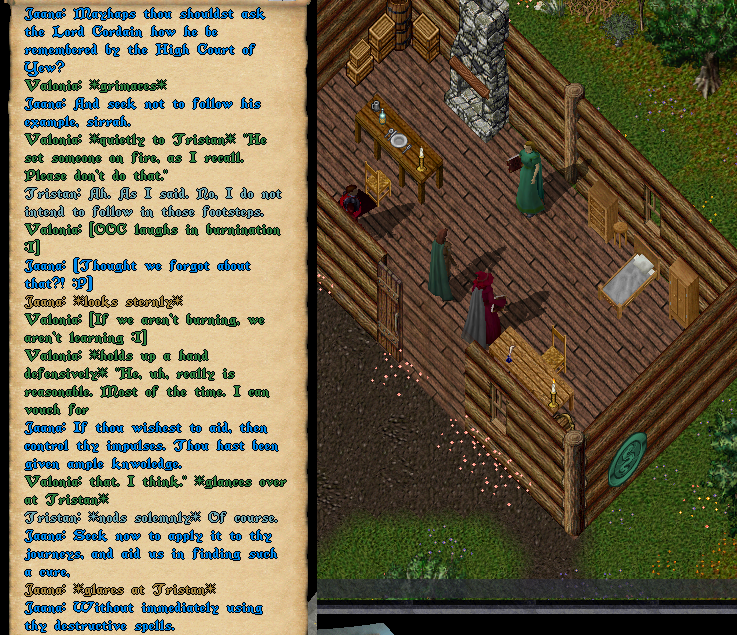 Because Valonia was part of her order, and vouched for her companions, the Druid spoke of another threat to the world, one Valonia had only heard of through old histories. 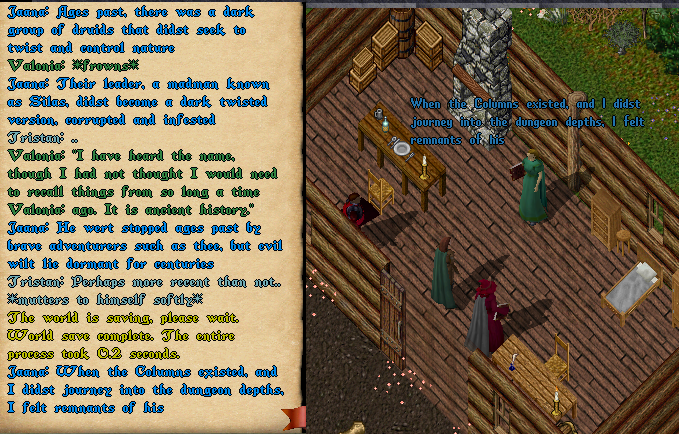 The cure for such things would likely be difficult to find, however. Silverleaf trees and Emps were extinct. Times were dark indeed.